Our multisig and governance process is not yet setup, so for now I’m going to post our major money movements here for transparency’s sake. If there are objections, we can discuss. I’ll wait until Friday EOD before actually executing these transactions.

Basically we have $1,700 in reimbursements to process through the JournoDAO.eth wallet. Here’s the breakdown:

Following up on this. Is MAI Finance still the best way to go? We also need to add some expenses - 1 or 2 tickets to ONA (we only get one freebie) and I think it’s fair to use some DAO funds for travel to LA. There’s a few other petty expenses as well. Does JournoDAO still have some tokens staked somewhere from Streamr funds as well? Unless there is an objection, I suggest that the above expenses be dealt with BEFORE setting up the multi-sig, just for expediency’s sake with ONA deadlines alre…

For background, we’re not operating as a true DAO at this point by putting all these things up to a vote. We’re discussing them with people who are working on the DAO stuff daily and kind of know what’s up, and then posting decisions to be totally transparent and allow others to see how decisions are made.

We’ve heard almost universally from more mature DAOs that they wish they’d stayed centralized a little bit longer to get stuff done efficiently instead of bringing the DAO to a standstill by getting input and consensus from everyone.

We have a voting app that hopefully solves this but is still in beta. If you’d like to help test the voting app, let me know.

Appreciate the transparency! I think everything stated here sounds v reasonable. I’m always in favor of using treasury funds to limit members having to use their own money on anything they’d only do for the DAO’s sake.

Re: Multisig
Have you all heard about/discussed Metropolis (previously Orca) and their cool “pods” system? It’s integrated with Gnosis Safe. I think there is a good argument to be made to use their setup, especially early in DAO structuring. They do a much better job than I will of explaining it: 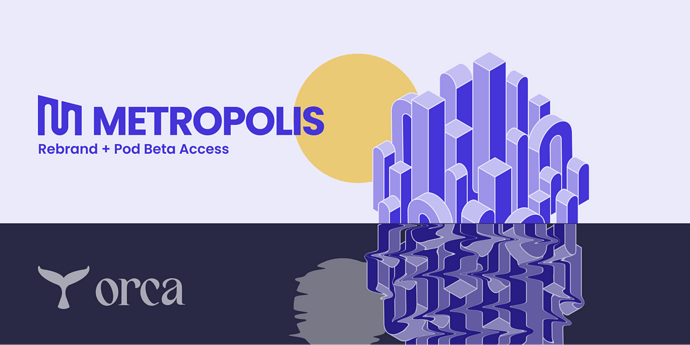 We’re excited to share that Orca Protocol is rebranding to Metropolis and opening up pod beta access to a select group of DAOs.

As I’ve gained a better understanding of what JD wants to be, I think there’s some good utility in having a multi-group structure because it does seem like there are several BIG objectives. I’d love for Metropolis to be considered and at least be debated.

Re: voting app
I’d love to check out the voting app and maybe add some help from a UX perspective. Holla.

I think this all sounds great. For those reading this now, we also discussed the funds in our Town Hall last week: JournoDAO Town Hall September 14, 2022 - YouTube

FYI - These transactions have been executed.