RFC: A non-transferrable token to reward acts of journalism

We’ve been discussing various ways to reward journalism that people see out in the wild so I have the beginnings of an idea that might be enough to get it off the ground.

The main idea is that someone could buy $JOURNO from JournoDAO and then send it to people as a ‘tip’ or reward for doing good journalism. The recipient could be a well-known journalist, could be an accidental citizen journalist you come across on Twitter. Whenever you feel inspired or appreciative, you can show your support of someone with $JOURNO.

JournoDAO would then build a dapp portal where the community can see a leaderboard of who holds the most $JOURNO. This would lead to social pressure and recognition, and would be a small step towards game-ifying our community.

Like I said, this is just the beginnings of an idea and I’d love to have you all build on it or poke holes. But I think it’s doable as defined so we could put it into action whenever we want.

Governor DAO’s proof of existence may be a good sybil mitigant here - https://proofofexistence.xyz/

I like the idea of being able to tip with $JOURNO and not being able to send it beyond that. And generally I’m in favor of non-transferability, insofar as it minimizes speculative appeal, but this does have me thinking about how the $JOURNO supply will inevitably end up in the hands of the early waves of those who received tips. Maybe there is some deflationary/burn mechanism that we can include as well? IE in addition to governance, maybe the $JOURNO token could have some utility that involves burning?

Also, one other approach that would seem to minimize speculative appeal, is to have a non-transferable non-fungible membership pass, which we could have some requirements to obtain, and then we can have the ERC20 gov token be transferable, but its governance utility would only be accessible for those who hold the membership pass.

It’s a different token framework entirely, but one that may allow a healthier velocity and dynamism for $JOURNO, without letting speculators squat on governance power.

Ah, I should clarify that this would be separate from the non-transferable governance token (yet to be named). This would be a completely new token with no initial relation to governance at all, though could theoretically be added later by the community.

Good point about a deflationary mechanism. Any specific ideas?

Oh I see, then that may change my thinking on this. But in general, re: deflationary mechanisms, maybe there could be something people spend $JOURNO on, which results in the $JOURNO being sent back to the issuing wallet?

What if some percentage, say 20% of the revenues from selling $Journo, is converted into stables and staked somewhere to earn an APY. Journalists that receive $Journo have the option of burning it in return for actually receiving that 20 percent (the earned interest can go back to JournoDAO - just a way to make those funds productive while they’re essentially locked up waiting to be claimed; we could also place an expiration date for burning/claiming) - this way the system supports both us and journos directly and probably gets more buy-in from everyone involved.

Now your thinking! Incentivizing others.
I especially like the idea of using $journo tokens to earn credits towards a Web3 JournoDAO accreditation or certificate. I’ll dive into this discussion more tomorrow. Need some offline time.

Love this idea. Let’s ship it!

OK, here’s a prototype to test out: https://journo-token.vercel.app

Hey all, infi this side from rep3.

I like to contribute to DAOs in my free time, and am currently working on profiling some interesting DAOs and understanding how they function. I chanced upon JournoDAO by sheer luck and was compelled to reply when I saw this thread.

One of the biggest challenges DAOs face today is incentivising and engaging their members. Yet the most common solution to them (i.e. doing so through a token) is clearly sub-optimal.

We see that OP’s intention is to reward acts of journalism and incentivise people to (1) obviously improve the frequency and quality of reporting, yes, but also (2) engage the JournoDAO community and attract others that would be interested.

The idea of having a $JOURNO token for the above purposes though is not the best solution and opens a can of worms.

First, one must figure out the tokenomics of said token. This is frankly a huge time sink (since this is more or less a permanent decision).

Then, figuring out how to prevent sybil-resistance and prevent concentration of these tokens with a few early users (as mentioned by @Clinamenic ) adds few more variables to mix.

Finally, finding a way so that these tokens benefit not only the community but also JournoDAO (as mentioned by @ericcmack ) requires a conversation around burning/staking mechanisms, which is tough to navigate for tokens with non-financial use-cases (such as rewarding or recognising good journalism).

Before I go ahead, I want to make it clear that in no way do I intend to find faults and generally be a cynic. The POC by @kaxline here is indeed impressive, however I have a better solution in mind!

Imagine for a moment that anyone and everyone who does good journalism is a member of JournoDAO. In this case, membership would range from level 1 to say, level 5. The average level 1 member will look like a citizen journalist who unknowingly put out a great piece. The average level 5 member will look like a core contributor of JournoDAO who has been an active journalist both inside and outside of the DAO. Now imagine that we give an upgradable NFT to all members. Each member can now “move up” or “move down” a level any time.

Now also imagine that we recognise each instance of good journalism (or any other activity that furthers JournoDAO) as another NFT that is permanently linked to the membership badge. Let’s call this the child or the contribution NFT.

In this way, as members keep being active, they keep accumulating these contribution NFTs and build their reputation or street cred as a good journalist or as a member of JournoDAO. We now just need to agree on a simple schema to decide how members level up or down (for example, number of contributions after which a contributor moves up, or the time period of absense after which a contributor moves down) and voila! We now have a robust recognition and incentivisation system.

Think about it, it checks all the boxes.

Checking All the Boxes

First and foremost, acknowledging memberships and contributions through collectible yet non-transferrable NFTs is superior to just collecting tokens (whose value is unclear at best or complex to understand at worst).

Second, since these are essentially ERC-721 tokens, you could have governance based on these tokens. In other words, you shall be able to use any token-gated tool using them as a basis for gating. This omits the need to have separate governance tokens.

You could, for example, use voting platforms and simply specify rules like “level 3 members and above can vote”, or add governance multipliers to members that have been around longer / with more contributions. The possibilities are endless.

Third, as mentioned by @kaxline , this would readily gamify the whole contributor experience inside JournoDAO, since levelling up would give them access to more perks (these could be decided at the discretion of the community).

You could also have a separate membership level entirely dedicated to those that are funding JournoDAO’s work but not necessarily participating in the DAO or doing journalism. The key idea here is to use membership and contribution badges for member recognition and contribution management instead of using tokens.

Lastly, but also most importantly, doing so would reduce the load on the JournoDAO core team / ops team to figure out tokenomics, figure out deflationary or burning/staking mechanisms, thinking about Sybil resistance, maintaining a leaderboard, educating members and the general public about these tokens and so much more unnecessary work.

And from the other side’s perspective receiving an NFT for some work is easier to just “get” than receiving $JOURNO tokens and figuring out everything that comes with them.

Rewarding acts of journalism is a great thing to do. However, figuring out how to make a leaderboard, launch a token, etc. is unnecessary. You can simply fulfil the objective by using tools like rep3 that were made with these specific challenges in mind.

Wow, thanks for taking the time to think this through, you bring up a lot of good points. Something like this would be good for acknowledging work within the DAO and community.

My thinking was that $JOURNO would be more outward facing. And something that’s not awarded by JournoDAO, but simply by a journalist’s audience members or fans. Kind of like a type of Reddit karma that’s specific to journalism.

Also, there’s a fundraising mechanism to JOURNO that would raise money for the treasury. Is there a way to do that with rep3?

If by fundraising mechanism you mean JournoDAO getting $ in exchange for $JOURNO, then yes the same could be done with rep3 (wherein you would give these people patron membership role NFTs in exchange for $).

Also, if you do happen to officially launch the $JOURNO token, rep3 contributes to the success of the token as well. For example, you could give the to-be-patrons the patron membership role NFTs and also give them $JOURNO to distribute. This way they will be left with something after they have distributed all their $JOURNO.

You could then gamify this whole process of acknowledging good journalism and contributing to the treasury by levelling up these members and / or giving them other perks (which would turn them into repeat funders, and even excite them enough to start contributing to JournoDAO in non-monetary ways).

How about we schedule a quick demo sometime early next week so I could give the team a concrete idea of what all is possible?

Interesting, yeah, a demo would help. Are you in Discord? Probably easier to arrange that there.

Also, you’re familiar with our Founder NFT? That’s kind of what we had in mind for the perks you’re talking about.

Not yet! Was looking for a link and couldn’t find one. In fact, that’s what led me here but I’m not complaining, I’ve seen some interesting conversations since.

Also, not aware of the Founder NFT. Would love to know more about that and do a demo in the Discord. Please drop the link!

Ah OK, here’s an invite link and I’ll delete it after you join. We’re just trying to keep out the bots and speculators. 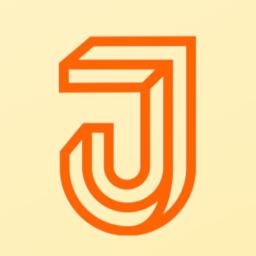 Check out the JournoDAO community on Discord - hang out with 131 other members and enjoy free voice and text chat.

Oh and here’s a link to our Founder NFT

Absolutely DO NOT Mint Our NFT

What do you get when you mint the new JournoDAO Founder NFT? Nothing. And … well … everything. Founder NFT holders get access to everything JournoDAO has done and will ever do. Events, educational content, airdrops, schwag, private research...